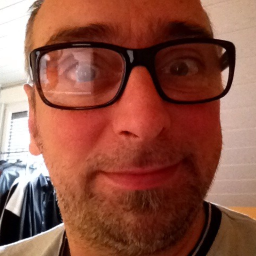 My game/app is not responding on key-actions, but OBS does
Keep in mind, that "normal" programs are responding only, when they are in foreground.
Some programs - like OBS - are capable of responding on global hotkeys. Wether they are in focus or not. This affects not the most apps!
Specially games do read the keyboard in a different way than most of desktop apps do. If Your game/app has another way of reading key-presses, MidiKey2Key's keypresses are not recognized so far. There is another way of sending keystrokes to be fully implemented into MidiKey2Key, but this means a lot of work and would possibly fix all of these problems.
Wait for future updates...

When another MIDI-program is running, MidiKey2Key crashes with the error-message 'There is not enough memory available'
This is not related to Your system's memory. It is a misleaded windows error message. It occurs because window's MIDI driver is not multi-device-capable. You can use other MIDI software besides MidiKey2Key sharing the same MIDI-input by using a virtual MIDI-port:
Download Tobias Erichsen's loopMIDI here: http://www.tobias-erichsen.de/software/loopmidi.html, install and run it.
You can add one or more virtual MIDI loop ports which appear as inputs and outputs in every Windows MIDI application. Choose a virtual loop-port as output-device in MidiKey2Key and activate 'Mirror MIDI' in the MidiKey2Key options. In Your other MIDI-App choose the loopMIDI port as input. You can use multiple instances of MidiKey2Key.

Can I control volume-settings of OBS with MidiKey2Key?
Unfortunately OBS does not have hotkeys for volume-control so far. So MidiKey2Key cannot help.

Some special Keys can not be triggered
This is true. The API, MidiKey2Key uses to send keystrokes is limited to common key(-combinations), that Windows is able to use as hotkeys. No alternating keys, like Shift, Alt or Control alone can perfom an action and other special keys.
Luckily the multimedia-keys (that some PC-keyboards have) work!

There is a problem with "Wait for NoteOff" in my game/app
...that causes, the hotkey is only send once, but does not repeat, (it looks like).
Actually when using Notepad for testing a held MIDIkey, a letter will not be repeated. Using MidiKey2Key for controlling games like pinball, You should see, that the triggers should be held until You release the MIDI-key.
From version 2.3.5.0 this should work with devices, which send a velocity of 0 instead of NoteOff messages.
See also "My game/app is not responding on key-actions, but...". Specially games are very different in reading keyboard-input. So far MidiKey2Key acts as a standard Windows-app.
It is possible that there are games or apps that do not respond to MidiKey2Key's Keyboard-actions. Sorry so far.
Greetz
Der Abt